Drive Your Sales Up 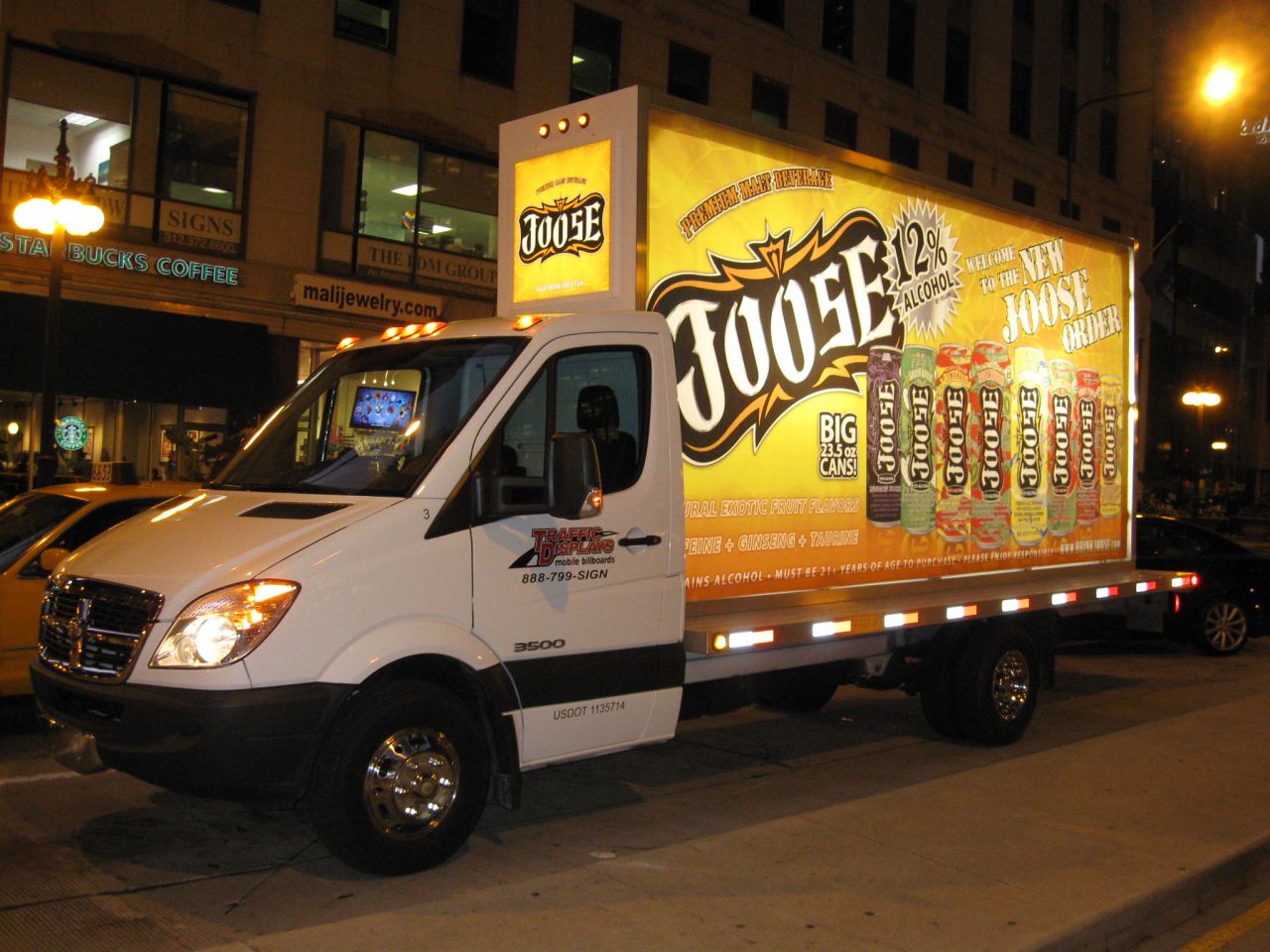 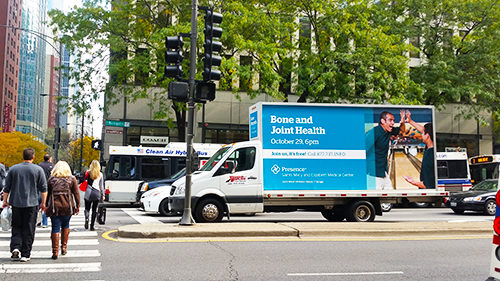 While traditional outdoor advertising plays a vital role in many ad campaigns, it often lacks the ability to offer you the specific coverage you are looking for. With our mobile advertising, you can target your specific audience anytime, anywhere. A mobile billboard will command the attention of your customers by displaying exactly where and when you want to advertise.

Mobile advertising is versatile and cost-effective. This medium is an excellent tool for promoting many types of products and services such as: 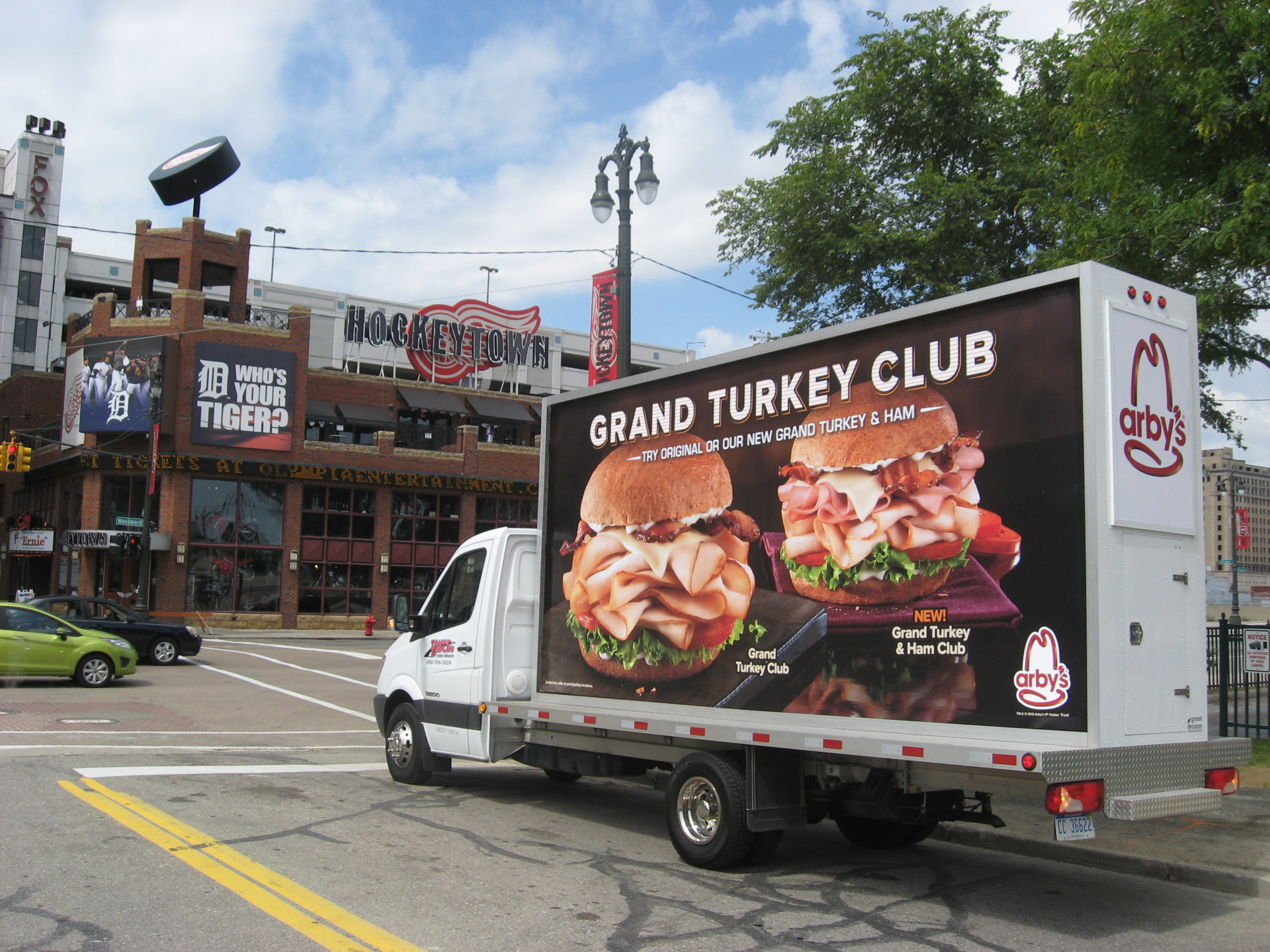 Printing your mobile billboard ad on BioFlex material offers a long-lasting, reusable, vinyl banner material that is biodegradable. We use a simple mounting system located within the outside trim to install your banners. This system allows standard billboard finishing methods, keeping your production cost low. This system also provides a clean, tight and wrinkle-free installation. We will store your banners free of charge for future use. Our exclusive 4-sided mobile billboards feature additional ad space on the front and rear of the truck to complete the branding of your mobile billboard advertisement.

It’s never too late to call! Traffic Displays is the only mobile billboard company that does all of your printing and production in-house. This allows us to get your mobile billboard advertisement on the road as quickly as possible. Ask about our ability to custom build a unique advertising vehicle. Think big, the possibilities are endless.

Your message and reputation are reflected when you purchase advertising on a mobile display. You can trust our courteous, uniformed, professional drivers will deliver your message with the highest standards.

Our sign trucks are equipped with a GPS Tracking system to provide proof of performance. At the end of your campaign you will receive a GPS position report along with photographs taken throughout the areas you wished to target.

Contact us today to Go Mobile by adding a mobile billboard campaign to your marketing plan.